RANCHO MIRAGE, Calif. – The Annenberg Foundation Trust at Sunnylands sends it condolences to the family of civil rights legend Bob Moses and to the thousands of others who were inspired by him to join the fight for racial equality in America.

Mr. Moses, along with his wife, Dr. Janet Moses, was one of several members of Martin Luther King Jr.’s close circle of advisors to gather for a retreat on the civil rights movement at Sunnylands in January 2019.

“Sunnylands was honored to welcome Bob Moses to a gathering of the civil rights heroes who fought alongside Martin Luther King Jr.,” said Sunnylands President David J. Lane. “His work to expand voting rights and improve educational opportunities for all of America’s children will never be forgotten.”

As a field director of the Student Nonviolent Coordinating Committee in the 1960s, Bob Moses endured a gunshot wound, beatings, and jail time while leading Black voter registration drives in the American South.  His efforts were central to the “Freedom Summer” of 1964 in which hundreds of students went to the South to register voters, according to the Associated Press.

Later, with the help of a MacArthur Fellowship in 1982, he founded the Algebra Project, which uses mathematics as a tool to help low-performing students earn a high school diploma and be prepared for college-level math courses.

“Bob Moses fought for equality in the voting booth and the classroom,” Lane said. “He lived a remarkable life dedicated to helping improve the lives of others.”

The Annenberg Foundation Trust at Sunnylands 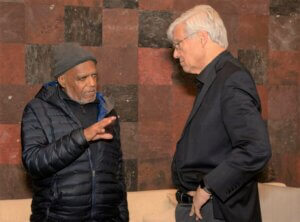