The Palm Springs Friends of Philharmonic is thrilled to open its 49th season with the world renowned Israel Philharmonic under the baton of their young, brilliant music director, Lahav Shani.

This exhilarating performance on Wednesday, November 2, 2022 at 7:30PM will include Israeli composer Paul Ben-Haim’s First Symphony and Mahler’s magnificent Symphony No. 1 “Titan.” This is a not-to-be-missed concert that is sure to be a sell out.

“We are thrilled to present the United States conducting debut of Lahav Shani with the Israel Philharmonic.   Shani last appeared on our series in 2015 conducting for the Rotterdam Philharmonic, where he succeeded Yannick Nezet-Seguin as principal conductor. Shani was appointed music director of Israel Philharmonic in 2020, succeeding Zubin Mehta who held the post for 50 years.   Shani – at age 36 – is one of the most talented and “talked about” young conductors on the world stage,” commented Marnie Mitze, Executive Director, Palm Springs Friends of Philharmonic.

The Palm Springs Friends of Philharmonic is considered one of the premiere presenters of symphony orchestras in the country. Each season the Philharmonic brings a series of world-class symphony concerts to the beautiful 1,127 McCallum Theatre in Palm Desert, California.

As the Philharmonic approaches its 50th anniversary, it continues to celebrate a legacy of great performances by national and international orchestras and conductors. The Philharmonic also fosters music appreciation for local youth and encourages promising young musicians through scholarships, education, and instrument donation programs. 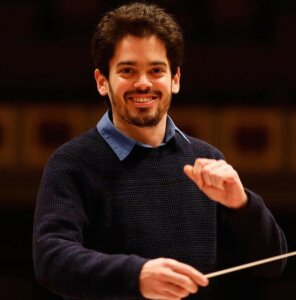 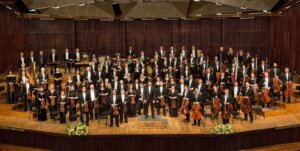 The Israel Philharmonic (IP) is the leading orchestra in Israel and globally recognized as a world-class symphonic ensemble. Founded in 1936 by famed Polish violinist Bronislaw Huberman, the IP performs regularly in its home, the Charles Bronfman Auditorium in Tel Aviv, as well as across Israel, including Jerusalem and Haifa. Additionally, it tours internationally, from Europe to Asia to North and South America. Since its inception, the IP has enjoyed long-lasting relationships with renowned soloists and conductors, which have kept it at the forefront of the classical music world.

Programs and artists are subject to change without notice and all concerts are held at the beautiful McCallum Theatre in Palm Desert, CA.

Tickets are sold on a subscription only basis with five or six concert packages available ranging from $365 to $690.

In addition to the price of a subscription, the Board of Directors asks that every subscriber become a member of the Philharmonic by making an annual donation.  It is only through the generosity of our patrons that we can bring the world’s finest orchestras to the Coachella Valley.

For more information and ways to support Palm Springs Friends of Philharmonic, a 501(c)(3) not for profit organization, call 760-341-1013 or visit www.PSPhil.org.