PCT’s production of The Guys will star Judith Chapman, who will reprise the role of Joan, an editor, and Michael Pacas, who will portray Nick, a New York Fire Department captain. After losing eight of his men in the collapse of the World Trade Center, Nick enlists help from Joan to prepare their eulogies. Hearing details of each of their lives, Joan helps Nick compile the difficult, heartfelt speeches that honor “ordinary, great guys in an extraordinary situation,” while he navigates his own emotional response.

Growing up the daughter of a retired Air Force General, Chapman understands and deeply respects the sacrifices of our country’s military and first responders. Chapman has performed on stage and screen since she was 14. She currently plays Gloria Bardwell, an ever-scheming mother, on “The Young and the Restless.” Pacas has appeared in countless valley productions since moving to the area in 2016. Pacas and Chapman are reuniting on the PCT stage, after appearing in the 2018 production of Blithe Spirit.

To honor all who responded to the call and those who perished on that tragic day, The Guys will run September 11 and 12. Show times are 7 p.m. on Saturday and 2 p.m. on Sunday. Tickets are $29.50; students are $15. All active police, firefighters and military can call the box office for complimentary admission, based on space available.

The health and safety of our community, audiences, artists and staff is very important to PCT. Due to the recent increase of the Covid-19 Delta Variant, proof of vaccination or a negative test result (within 72 hours) is required for admittance into the theatre. Face masks are required indoors, per a City of Palm Springs ordinance. 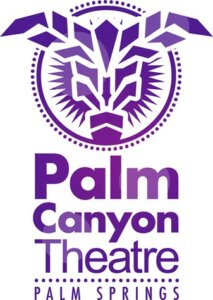 About the Palm Canyon Theatre:

The Palm Canyon Theatre is a nonprofit, 501(c)3 organization dedicated to the education of live stage production and the enrichment of the greater Palm Springs community and its visitors. The regional repertory theater company operates primarily with volunteers and produces about 13 Broadway musicals and classic plays each year, plus offers a children’s theatre camp and production. The theatre opened its doors in 1997 when Dr. William “Bill” Layne and his family renovated the historic Frances S. Stevens School located at the corner of Palm Canyon Drive and Alejo Road in Palm Springs, Calif.