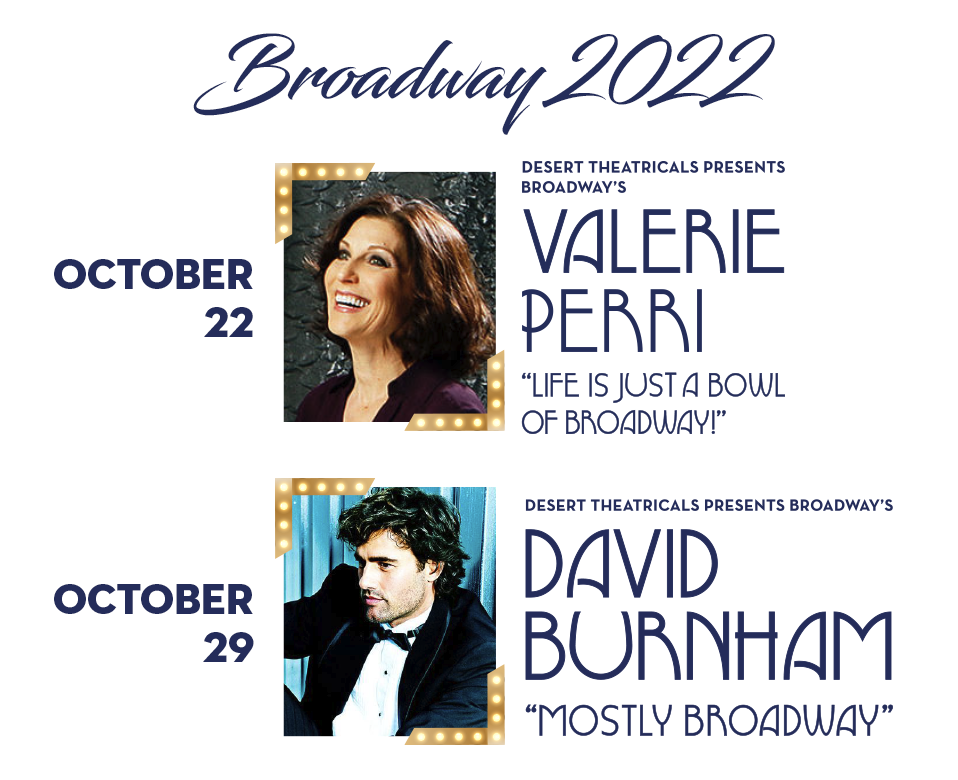 Desert Theatricals is returning to the amphitheatre with the Fall Cabaret Line Up featuring Broadway Veterans ValeriePerri of EVITA and David Burnham of WICKED.

October 22 – “LIFE IS JUST A BOWL OF BROADWAY” Join Award-winning singer-actress Valerie Perri from Hal Prince’s EVITA in the Broadway National Company as she delivers classics from the Great White Way, plus amusing stories from her career alongside Harold Prince, Jerome Robbins, Jason Alexander, and more.

October 29 – “MOSTLY BROADWAY” features Broadway’s award-winning singer and actor David Burnham who has starred in such shows as the mega-hit musical “Wicked”, “The Light In The Piazza” and “Joseph And The Amazing Technicolor Dreamcoat.” David delights his audience with tales of the great white way and beyond.

Both shows have tickets on-sale now – with general admission at only $40.  Rounding off the event is Lulu Catering and Events with their amazing taco plates complete with the fixings, chips and slasa, etc. and a full bar.